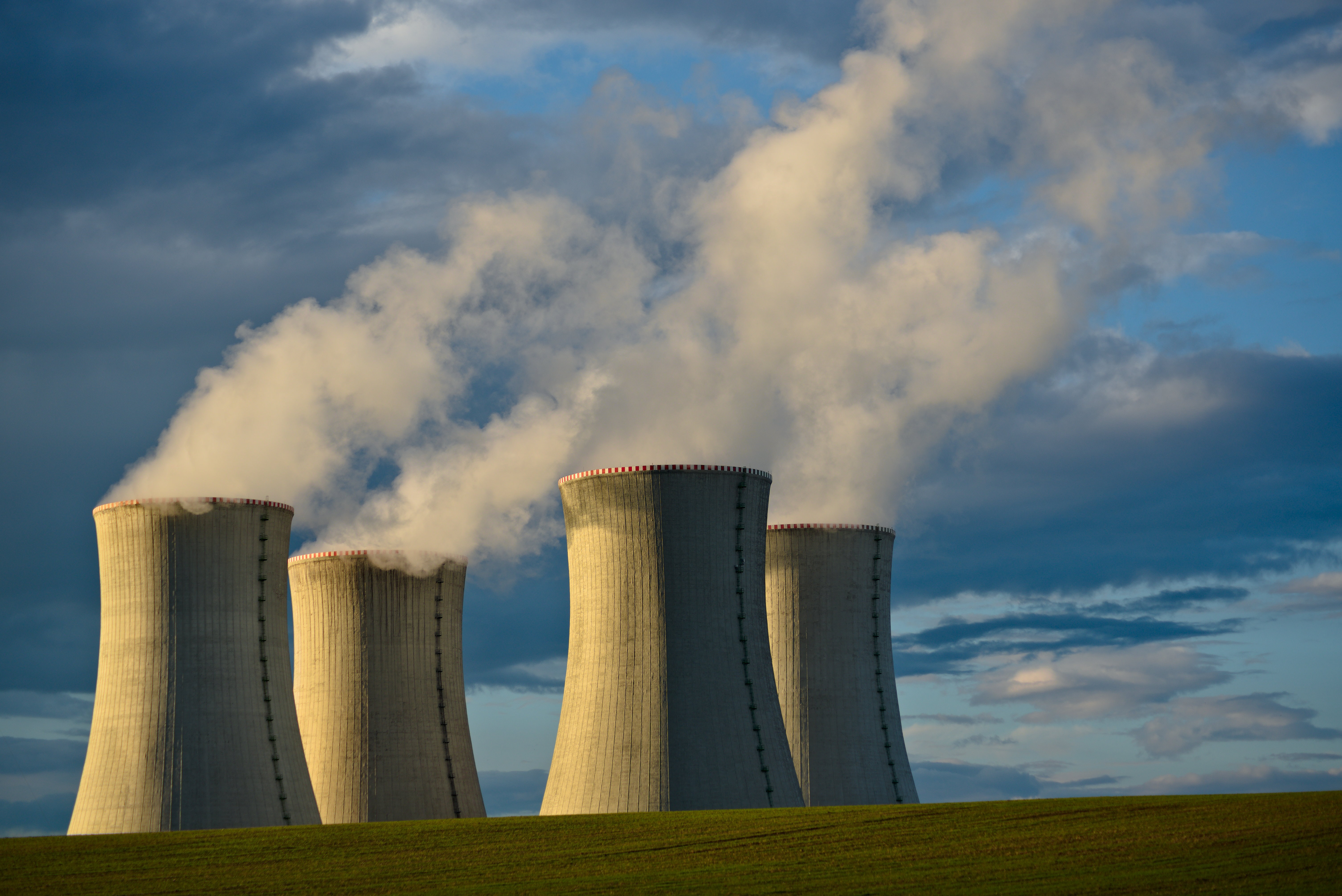 The Energy Crisis is Posing Another Threat to Sustainability: Nuclear Power

Despite the better efforts of many organisations and individuals around the country, the energy crisis is continuing to intensify and bear down on countless households and businesses. Just last week, the country’s energy bosses warned MPs that fuel poverty – or, in other words, the inability to afford to heat and light one’s home – could impact as much as 40% of the population come winter.

Already, the rising cost of energy has had serious consequences for countless billpayers. Fears are mounting for the impact these new financial difficulties – coming straight off the back of the financial terror caused by the Covid-19 pandemic – will have on our mental wellbeing, as well as our physical health. Worse still, a further energy price cap increase is already on the horizon; bills are expected to increase by a third come October.

The energy crisis has no simple solution – being, as it is, a worst-case scenario born of several independent causes, with the most notable being, of course, Russia’s invasion of Ukraine. Even prior to that moment, however, the world was aimed toward an energy crisis – an aftershock of high demand as the global economy ramped-up efforts to recover from the financial difficulties of pandemic. Now, within the UK, just under 90% of adults say that their cost of living is rising – but most estimates suggest that the worst is yet to come.

It comes as no surprise that cutting off the country’s reliance on fossil fuels – and, by extension, on the fickle global market – cannot wait any longer. Independent and cheaper sources of energy are the only effective solution to the mounting crisis, but not all of the alternatives are equally beneficial.

What Happened to Nuclear Energy?

Nuclear energy saw its heyday in the mid-twentieth century. Mounting fears following a number of high-profile meltdowns at various nuclear plants in America, the UK, Ukraine, Japan and Russia led to a growing concern for the risks they posed to our health and wellbeing. Even when things didn’t go wrong, nuclear waste represented a serious financial and environmental liability, and the costs associating with constructing the plants themselves were dauntingly high.

As a result, the popularity of nuclear power began to dwindle, and more and more plants reached the ends of their lives without replacement.

In the UK, there are currently five active plants producing less than 20% of the country’s electricity. There are, however, now plans to start construction on a new nuclear power station on the Isle of Anglesey. While the project seemed to draw to an abrupt end in 2020, the energy crisis – coupled with a growing urgency for cleaner energy – has prompted a U-turn.

As a result, on 7th April this year, it was revealed that the UK intends to introduce a total of eight new nuclear reactors. Doing so would, the claim goes, help us to move closer to the goal of 95% low-carbon energy by 2030, and drastically reduce our reliance on the global fossil fuel market.

Why Nuclear Energy is Sometimes Labelled a ‘Sustainable’ Alternative

Unlike commercial solar and wind, the phrase ‘nuclear energy’ does not often evoke thoughts of a cleaner, healthier, safer future. It doesn’t work simply by drawing upon natural elements – it represents a project on a much larger scale, requiring a major initial investment and continuous, careful monitoring throughout the duration of its life.

It does, however, manage to fit the mould – to some extent – of what we need from future energy sources.

Within a nuclear power plant, uranium atoms are split through a process known as fission in order to generate energy. This process does not use any fossil fuels, or produce any CO2 into the atmosphere, which makes it a preferable option to the burning of coal, say, or gas.

But the notion that nuclear power is preferable to fossil fuels only goes so far, and regarding nuclear power as ‘equal’ to other zero carbon energy sources is incredibly reductive.

Here are just a few reasons why.

Uranium has to be Mined and Transported Around the World

Uranium is, of course, the essential ingredient for nuclear fission, requiring hundreds of metric tonnes each year, but uranium is a natural element that requires relatively exertive efforts to recover. This inevitably creates a considerable carbon footprint, despite the fact that the process of nuclear fission itself is free from CO2.

The ‘essential ingredient’ for solar power generation is, of course, the sun. It doesn’t need to be recovered or extracted and requires no interference from us once the photovoltaic panels have been placed. The ‘essential ingredient’ for wind power generation is, similarly, wind. It’s a natural force, not an element that needs to be mined and transported around the world.

According to statistics gathered by Green Peace, the cost of producing one MWh (megawatt-hour) of energy in a nuclear plant is between $112 and $189. This is significantly higher than it is for renewable energies like solar and wind.

In fact, in a report published by the Department for Business, Energy and Industrial Strategy, which we wrote about here, it was revealed that solar offered by far the most cost-effective solution. It has the power to usher in a green recovery – one that aids the environment, and the ailing economy in the wake of Covid-19.

In economically unstable times, there is a great deal of risk to be found in setting so much store by an industry as costly as nuclear energy.

Any option we have for implementing renewable energy alternatives will, inevitably, have some impact on the world – even if it’s just a result of transporting raw materials to production plants, and finished products around the world. The key, however, is to ensure that they more than off-set these negatives by their positive impacts on the world. But, when it comes to nuclear energy, their short lifespans curtail this significantly.

It’s normal for a nuclear station to have a lifespan of around twenty to forty years, which is a very small space of time when you consider how long it takes to build them in the first place. The incredible investment of time and money bears little fruit and demonstrates just how fleeting an impact nuclear can have on the fight to establish a safer, cleaner, and most importantly sustainable future.

Nuclear Plants are Nowhere Near as Scalable

Construction on the proposed Sizewell C nuclear plant will require billions of pounds – some from private investors, some, it is suggested, gathered via surcharges to the British billpayer. But, wherever the money comes from, the fact remains that this represents a monumental project – a major financial undertaking that will take decades to pay off for whoever foots the bill,

It is simply not feasible for the country to construct more and more nuclear plants to meet with the growing demands for energy. Space and cost are two uncrossable boundaries that curtail any promise nuclear may have offered over fossil fuels.

Solar and wind farms are far more scalable – and with far fewer risks to the environment.

Nuclear Waste is a Major Hazard to the Environment

While the spotlight is predominantly shone on CO2 and its catastrophic impact on the environment, there is certainly more than one hazard that we need to be avoiding at all costs if the world is to survive the impact of the industrial age, and our treatment of it over the past hundred or so years.

Nuclear waste is an unavoidable by-product of fission, but it remains radioactive for hundreds (or, potentially, thousands) of years. It is not unheard of for nuclear waste to leak into water tables, or to pollute natural environments, and pose a major threat to health and wellbeing. In a world where we are working desperately to limit our waste production, the idea of scaling up our radioactive waste – and, with it, the risk of a leak – is hard to fathom.

Nuclear energy is a complicated topic. It offers us a number of benefits over fossil fuels, and that list of benefits is inarguably growing as tensions between Russia and the rest of the world continue to escalate – alongside, of course, the rapidly-escalating threat of climate change. What does seem simple, however, is the fact that nuclear energy represents an inferior choice compared with other zero carbon options, like solar PV and wind.

When the choice lies between being able to power your home with a free, clean, and infinitely available source of power, and one that is not only costly and risky, but also places a fresh list of burdens on the environment, the choice seems perfectly clear.

As Europe works to sever its reliance on Russia’s fossil fuels, more and more attention is being given to the question of nuclear power. For us, the choice remains perfectly clear.