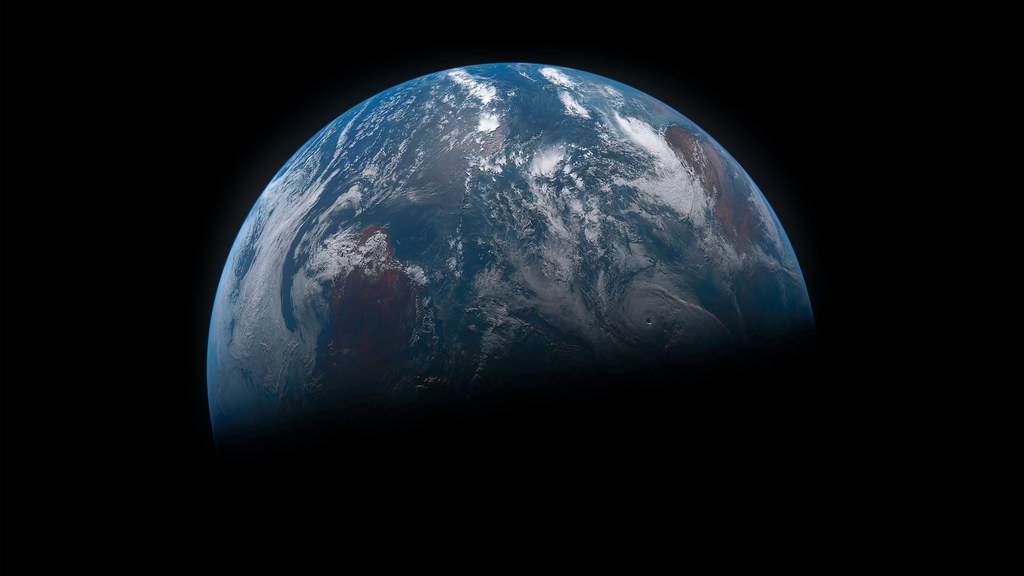 So often, sustainability discussions centre on some of the most basic topics imaginable. The basic elements of water, air, fire and earth – our ability to eat – and, ultimately, survival. The survival of animals, plants, of the planet and, of course, the human race.

After all, there’s no denying that survival is the simplest topic of discussion imaginable. It is, and always has been, the driving force behind evolution, behind the continuation of generations and generations of creatures – some who live for over a century, others who come into existence, breed and die within a matter of hours – and behind human progress.

The reason the living world has flourished for as long as it has is down to the fact that survival is not a question, but an order from some primal part buried within us.

This is what would make the difficulties and dawdling world governments have shown toward concept of a ‘sustainable revolution’ prove so perplexing to an outsider – an alien looking to understand the human race. A sustainable revolution, one characterised by a no-nonsense approach to climate reform, is tantamount to survival.

It is the only option if we want to ensure the survival of animals, humans around the world, entire ecosystems and, in the long run, the planet itself.

As such, as sustainable revolution should be considered a topic for debate, or a question. Like survival, change is an imperative.

This is the core philosophy behind the Earth Shot Prize, and why Jack and Mike prompted the rest of them team here at Atlantic Renewables to follow the series. They considered it unmissable watching for anyone beginning to feel a sense of despair over climate change – which, right now, appears to be most of us.

The Earth Shot Prize is the passion project of Prince William – an award created with the sole intention of repairing a lost connection between people, and the parts or the world that are currently most in need of our help. The Earthshot Prize: Repairing Our Planet is an accompaniment – a docuseries that presents the problems but, more vividly, the potential solutions.

Each year until 2030, the Earthshot prize will award five £1 million prizes to entrants who can propose solutions to some of the most pressing concerns facing our planet. There are five in total: repairing and restoring nature, fixing our climate, cleaning our air, reviving our oceans, and building a waste-free world.

In turn, each solution will impact another problem. Restoring nature, for instance, means restoring forests and regenerating forests – two monumental tasks capable of having a profoundly positive impact on the state of the air we breathe, and on the climate itself, since a well-balanced ecosystem is capable of absorbing much of the CO2 currently left to escape into the atmosphere.

It came as no surprise that this was a project that immediately inspired Sir David Attenborough, who’s A Life On Our Planet carried that same note of positivity – a rejection of wallowing in favor of a proactive, roll-up-your-sleeves-and-start-working approach to the world. The result? A definitive sense of ‘get moving’ – one that doesn’t gloss over or minimize the state of the natural world, or the peril we are all in, but which replaces the death knell with a call to action.

As Prince William himself states, “A better sustainable future is within reach. We just have to grasp for it.”

Dubbed the most ambitious environmental prize in history, The Earth Shot Prize quite literally promises to bring the answers to some of the most pressing questions of our age. We finished the first episode feeling optimistically – though not without some caution.

Why? Because solutions are not in short supply. We have been armed with solutions to the climate crisis for years – in some cases, decades – and yet the crisis is not yet a distant memory. From domestic and commercial solar solutions for some of the world’s biggest polluters to shortening the world’s harmful food supply chains.

We approached this year’s UN Climate Change Conference, COP26, with the same caution for the exact same reason.

The solutions shortlisted for the Earthshot Prize are workable, but they need to be put to work before Prince Williams ambitious prize bears any fruit.

For all its power, nature exists in an incredibly delicate balance. As mentioned in Episode 1, the snowball effect of a single extinction – the wolves lost from Yellowstone National Park in Wyoming, Montana and Idaho – can have devastating consequences like overgrazing and a loss of biodiversity. With the reintroduction of the wolves, natural balance was restored. A small change, and very little effort on our part.

Similarly, and much closer to home, a single case study in the form of an English dairy farm demonstrates, once again, how nature reclaim control in virtually no time at all, and restore biodiversity to the areas that have undergone years of contamination from toxic pesticides, and farming practices that work against, rather than with.

The message? Restoring nature – or, more accurately, allowing nature to restore itself is entirely possible. However, some problems require more creative solutions than others.

The shortlisted entries in this category offer a fascinating glimpse into a possible future – from a community-led model to protect gorillas in Democratic Republic of Congo to paying citizens to restore the ecosystems surrounding them.

Simple but powerful, and highly encouraging to those wondering about the power a single person or community wields.

Once again, the creativity of the shortlisted solutions is heartening. From futuristic green hydrogen technology, to affordable solar solutions in low income communities, the shortlisted entrants are all united by a desire to bring the most benefit not only to the planet, but to vulnerable people living within it.

The goal: to clean up the world’s air supply to meet (or, hopefully, to surpass) the World Health Organisation’s own standards by 2030.

Air pollution is not only closely tied to the state of the climate, but it’s also a pressing public health concern. Little over a year ago, air pollution was recognised as a cause of death within the UK for the first time in history – and the ruling does not represent a singular event.

This category saw one of the youngest entrants, 14 year old Vinisha Umashankar from India, propose a solar powered ironing cart to replace the charcoal-powered – a high risk for lung disease – carts currently in use across the country.

All three entrants serve to prove that cleaning the air – what sounds like an impossible task – sits within reach, and that the technologies we need to rely on are already here and ready to get to work.

The goal: to repair and preserve oceans by 2030.

The oceanic worlds that surround every single one of us are suffering the full brunt of our modern lives. The hard truth is that over 90% of the world’s reefs are set to be destroyed by the middle of the century – a terrifying prospect for marine life everywhere.

If you’ve never imagined how the concept of ‘coral farming’ could work out, then that reason alone is enough to prompt you to watch The Earth Shot Prize. Beyond that, a proposition for the largest conservation program imaginable proves quite what’s possible with the right support.

The goal: to turn all waste into raw materials for the next process by 2030.

Closest to home but still such a daunting prospect for most of us: working out how to eradicate the issue of waste entirely, and to turn every once-unwanted by-product into the building blocks of a new project or product.

The solutions take us from Italy to Kenya to Japan, from tacking hunger across an entire city (130 tonnes of it each year) to tackling the issues of water treatment and converting human waste into something safe and usable, the solutions proposed for eradicating waste are some of the most innovative on the programme.

Right from the off, it was clear that this project was outlined by a silver lining of positivity – a drive to capture the beauty of the earth, rather than the wounded world that we are far more accustomed to seeing on the news. The programme is idealistic in its approach to creating an entirely new world by 2050, but it is successfully grounded by those on the shortlist.

Climate fatigue has made many of us feel as though the long list of problems caused by climate change seem to out of our hands. Recycling, driving less, staycations – they are things we have embraced for years now, and yet the situation is getting more and more dire. The world’s governments seem to be stalling,  reluctant to take the plunge, and this programme – and its prize – offer a heartening antidote.

It remains to be seen whether or not these proposed solutions take form in the real world but, as we continue to pause with one foot already sinking into a climate catastrophe, it represents one of the most encouraging alternatives we have to hold onto right now.