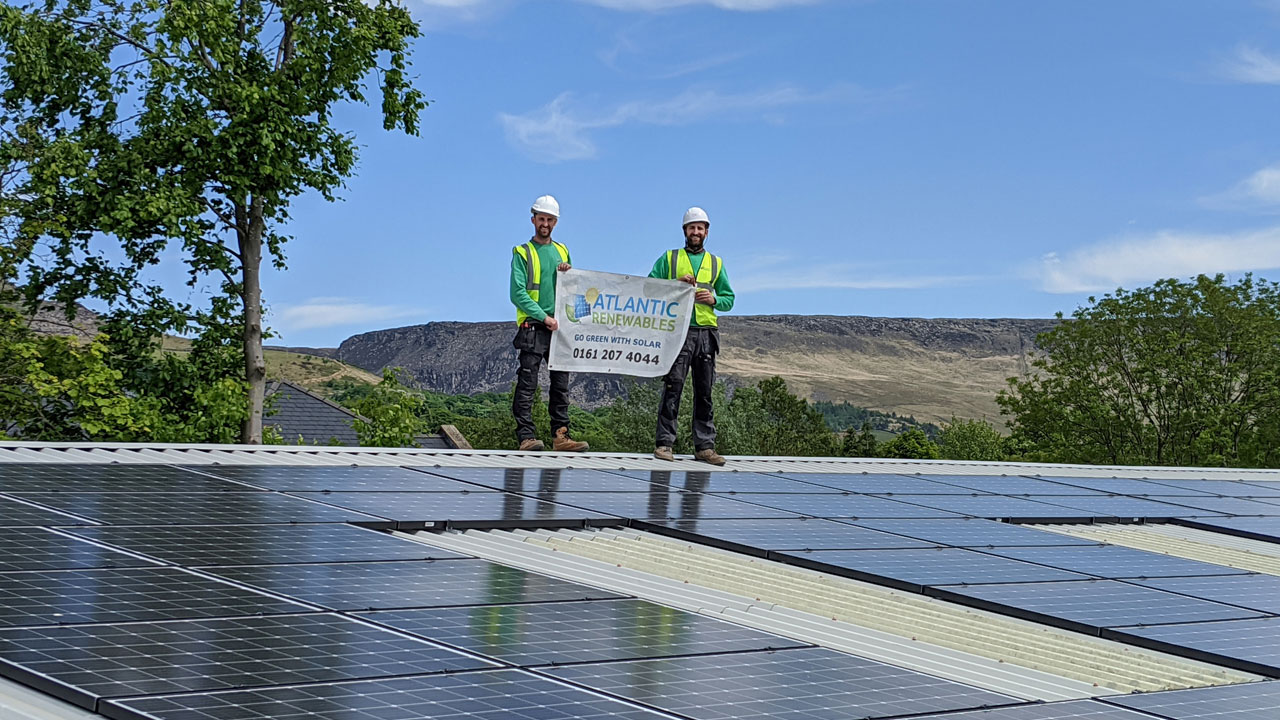 Solar Power Ready to Pave the Way for an Economical, Green Recovery

This year has further cemented the significance solar PV holds for the future of energy generation, both within the UK, and across the globe. From augmenting the necessity for a green recovery as the nation begins to re-emerge following the considerable trials of the past nine months, to yet more indisputable proof of the toll climate change is taking on communities around the world, 2020 has offered further, vital insight into the obligation we all hold toward forging a more sustainable future.

Of course, as we stand at a pivotal moment where our individual and collective ability for rapid reform is more crucial than ever before, we are also faced by yet another considerable trial: mitigating the potential for a considerable economical dip, the likes of which have not been seen for more than ten years.

As a result, striking that delicate balance between financial prudence and making strong investments into the future of energy production within the UK will not be easy. The vast majority of individuals and industries are struggling, and, as a buzz word for the next few years, sustainability must find some way of protecting the needs of the planet, and the needs of society itself.

So, how do we get there? By investigating every potential avenue, and by prioritising those measures which strike that balance between recovering the economy, and recovering the health of the planet.

Now, new statistics revealed by the Department for Business, Energy, and Industrial Strategy (BEIS) have revealed a path forward – one that holds indisputable promise for the country as a whole.

What Do The Statistic Say?

In a report titled ‘Electricity Generation Costs’, BEIS have put forth significant insights into the shrinking costs of solar PV installation. As a result, solar power now represents the most economical means of energy production – putting it ahead of other renewable energy sources, such as wind, tidal, and hydro, as well as unsustainable practices currently powering millions of homes across the country.

Within the report, BEIS’s predictions span the next two decades, and indicate that in just five years the costs of large-scale solar PV installation will be approximately half that of installing Combined Cycle Gas Turbines. What’s more, the cost of producing one MWh of energy through solar could be as low as £39 by 2025, and drop down to £28 by the year 2040.

Compared with other renewable energy options, solar is the clear frontrunner. In that same time period, offshore wind is predicted to cost a minimum of £36 per MWh (£38 per MWh in the case of onshore wind), while Combined Cycle Gas Turbines H Class will cost £124 per MWh.

What this new insight into renewable energy options offers is a valuable lifeline to the country. One that, even without taking into account the current difficulties we are facing from Covid-19, cannot be overstated or pushed to the side lines for any longer.

For those issued with the task of transforming the UK’s energy generation and ensuring a more sustainable path going forward, largescale solar represents the most cost-effective way of minimising – and, eventually, ending – our reliance on unsustainable and toxic practices that will never align with our need for a cleaner world.

Why Has The Cost of Large-scale Solar Installations Dropped so Drastically?

The solar industry has been in a state of continual growth for many years now, and within that industry the emphasis has always been placed on refining the technology available to us, and improving the supply chain for that technology. As a result, the costs of solar installation have been consistently dropping, while, of course, both the efficacy of these installations – and the supportive technology that makes them viable for use year-round – have been rapidly improving.

As a result, these updated figures have enabled the government to fully realise the potential solar holds for the near and distant future, and to further their interest in supporting the development of the industry over the next few years. While no definitive plans have been released just yet, the government holds in their hands a prospect that promises a multifaceted approach to improving the state of the country, and ushering in a better future for everyone.

What About Small-scale Solar?

Factors such as the introduction of enhanced technology – for instance, the lithium-ion storage battery – and government incentives for domestic and commercial solar installation and energy generation  – mean that the solar industry has seen a significant rise in demand as homes and businesses seek to embrace sustainable energy.

Is Solar PV Ready to Lead the Way for a Green Recovery?

The technology is already available for UK homeowners and energy suppliers to implement significant change across the board, and for the decarbonisation of the country via large- and small-scale to offer a viable solution year-round. ‘Seasonal energy balancing’, or the practice of storing excess energy generated during peak output in order to ensure that homes and businesses across the country remain powered during times of limited production.

Of course, any effective, long-term solution to the UK’s energy production needs to be able to assimilate with the demands of modern life. Earlier this year, the government eased legislative measures that have, until now, made it much more difficult for largescale solar farms to store excess energy for use outside of peak output.  This change offers a boon to wind and solar production, ensuring that output can always be put to use and offer a reliable source of energy whenever it is needed.

We have already seen the ways in which we can utilise excess energy to support our lifestyles. Electric vehicle chargers, for instance, can utilise take excess energy from the grid during times of peak output, ensuring that multiple measures that support our move toward carbon neutrality can go hand in hand.

Similarly, for small scale solar installations, the introduction of lithium ion batteries ensures that excess solar can be stored during peak production, and put to use during times of limited supply – or fed back into the national grid, to the benefit of the owner. This capacity for storage was much more limited just a few short years ago

What Outcome Should We Except from BEIS's Report?

The Solar Trade Association (STA) has announced a “favoured goal” of a solar capacity of 40GB by the end of this decade. In a press release issued last month, Chris Hewett has stated that 2020 represents a key moment for the country’s future, and that: “Now it is time for the Government to set an ambitious target for the deployment of solar PV in the UK.”

There is no denying the economic and ecological benefits of recovering the country by placing a strong emphasis on solar. From creating countless new jobs to saving the general public billions each year and, of course, defending the future of our planet in order to mitigate future catastrophes from threatening the lives and livelihoods of communities around the world – large-scale solar energy production offers an ideal solution.

With BEIS’s predictions, we can clearly see that solar is the most sustainable option for sustainability itself. By investing in widespread solar energy production across the country now, we can all feel confident that, over the course of the next twenty years, this development will not prove to be unmanageable or made redundant by another, cheaper alternative.

Is Now a Good Time to Invest in Solar?

The UK is primed and ready to see a strong, widespread commitment to adapting its methods of energy production, and ensuring that our futures are built upon safer, cleaner and markedly more sustainable practices. From the difficulties of 2020, we are now armed with a much clearer understanding of the best route forward for homes, businesses, and the country as a whole.

From large-scale solar farms to domestic solar PV, installation is cheaper, simpler, and more effective than ever before. Much like we have integrated other, more sustainable solutions into our lives – from reusable shopping bags to recycling – the only way to instigate significant change is to embrace it as individuals, which is why now represents an excellent point at which to turn to solar installation.

Solar thermal is currently included within the new Green Homes Grant, while the Smart Export Guarantee (SEG) promises a financial benefit for homeowners using larger energy suppliers. This, combined with grants for Electric Vehicle Charging Ports means that all aspects of solar installation are becoming widely available to those seeking small scale installations.

For anyone considering domestic or commercial solar installation, now represents a better opportunity than ever before to make the change to embrace the opportunity for a better future.