But falling costs of solar panel systems and continued energy price rises means that the average size of installations are increasing and so are the financial returns. So is it still worth investing, even as the feed-in tariff is slashed?

Solar Panel Payments Have Tumbled
From 1st April, the feed-in tariff rate for generated electricity will reduce from 14.90p to 14.40p per kWh.
The feed-in tariff rate is what determines the major part of the return people can get from solar panels, paying them for every kilowatt of energy they produce. In October 2011 this stood at 43.3p - almost three times the level it will be in just over two months’ time.

Those days of bumper potential returns of £1,100 a year from solar panel power are long gone and the effect of the forthcoming reduction will be to push the average annual earnings amount down. 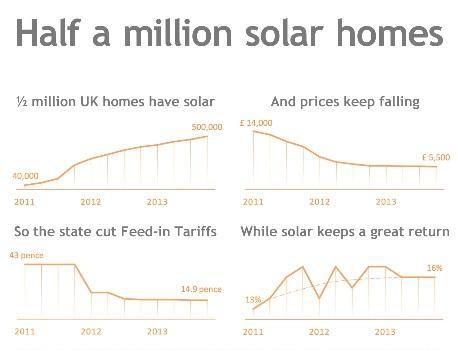 ...But Overall, Returns Are Going Up
According to the Energy Savings Trust, the average size of installations has increased to 3.5kWh and because of this.
Its figures show a 3.5kWh sized installation on the current 14.90p generated electricity FiT rate and in electricity bill savings adding up to a total of £688 per year.

Crucially, while feed-in tariff rates are down, the cost of installing solar panels has also fallen. The average price of a typical 3.5kWh system has fallen to £7,000, down from £12,000 for a kWh installation in 2012. Atlantic Renewables however, typically charge around £5,500 for a 3.5kWh system.

Ian Cuthburt from the Energy Saving Trust says that these levels are not sustainable and at some point the cost of installations will stop falling, while FiT rates continue to reduce, thus cutting the earning potential even further.

“If you’re interested in solar panels then you should get them installed the sooner the better because there has been a lot talk about PV costs coming down but they can only come down so much before they get flat,” he said. 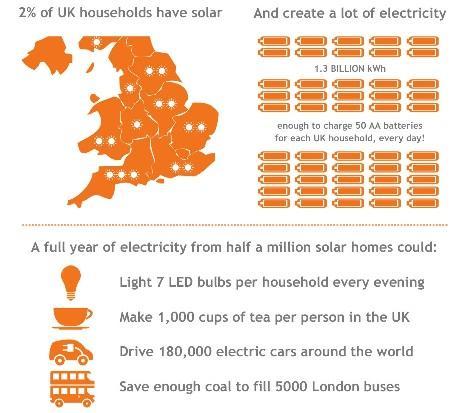