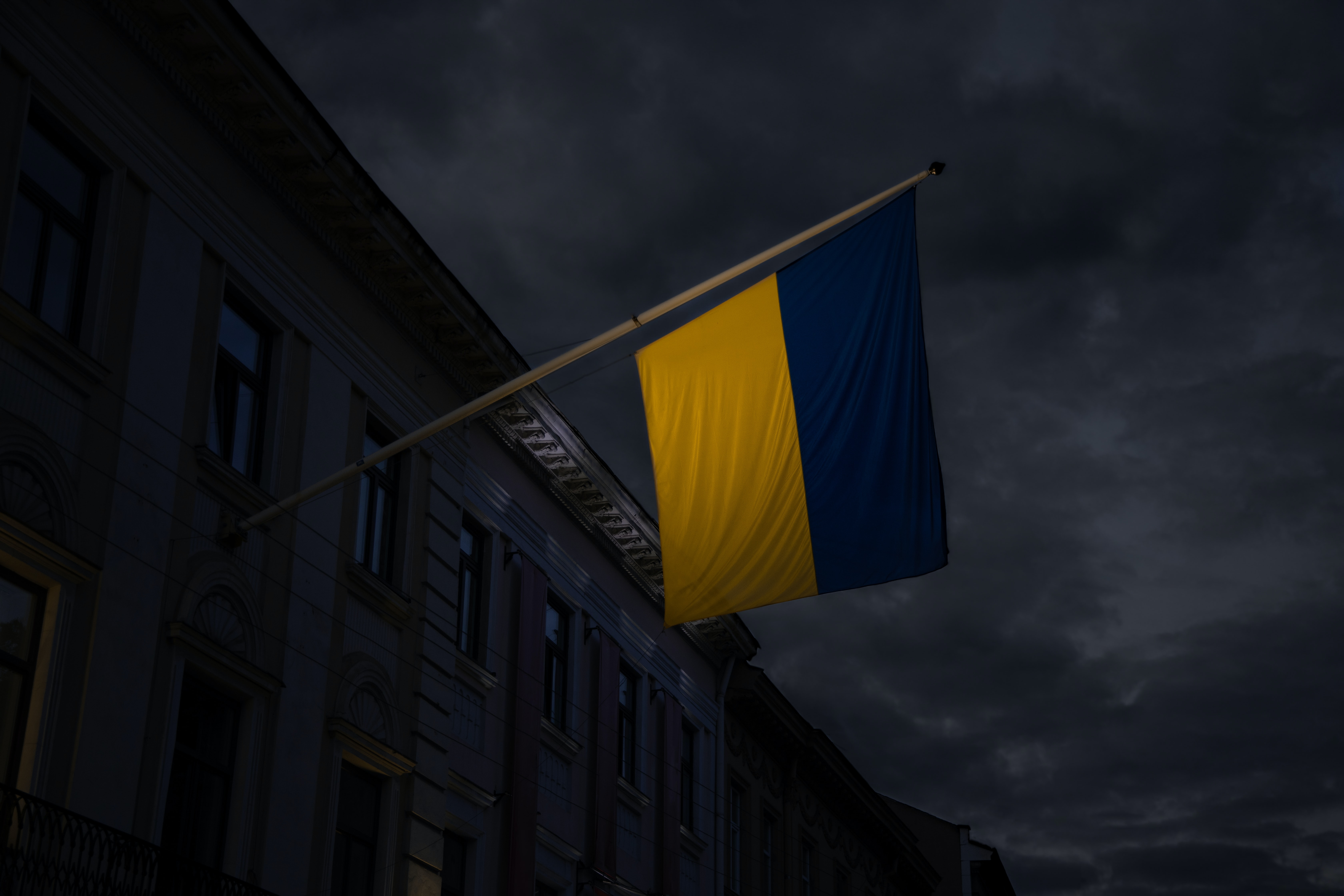 Russia, Ukraine, and the Impact on Energy and the Environment

Since late February, the eyes of the world have been trained on Ukraine. What started as a palpable tension – a political arm wrestle between President Vladimir Putin and a perceived threat from the former soviet republic – escalated throughout the early months of 2022 and culminated in a full-scale invasion. The largest of its kind within Europe since World War II.

In the west, we remain far from harm’s way, but the issue has anchored itself at the forefront of our minds ever since the situation began to deteriorate. The entire world is still grappling to come to terms with a new threat – the threat of life under such a deep, dark shadow of war.

Ukrainian President Volodymyr Zelensky tweeted on the 24th February that he’d spoken with world leaders and urged Russia to spot its war. He urged other countries to sanction Russian and its powerful oligarchs, and, further, to unite with Ukraine to build an anti-Putin coalition.

It is, of course, even more than that. It is a war of guns, missiles, death, and displacement, but it is also a war of money, of cybersecurity, coal, oil, and gas.

But there is another concern – one that threatens life far beyond Ukraine’s borders. One that is already changing not only life as we know it, but life as we depend on it to be.

The War’s Impact on Fuel Prices

It’s no secret that Russia is one of the world’s largest exporters of hydrocarbons, and that, prior to their invasion of Ukraine, the wider world’s dependence on those hydrocarbons represented one of the greatest risks of tensions escalating.

Of course, that is exactly what happened. Over the past few weeks, petrol stations up and down the country have seen an influx of drivers desperate to fuel up on petrol or diesel before prices become untenable. According to an article published by the Guardian on the 14th of March, petrol and diesel prices could climb as high as £2.50 and £3 respectively. At the time of publication, the average costs per litre were £1.64 and £1.74, proving quite how much more of an impact this war could yet have.

It also highlights the sad fact of our ongoing dependence on fossil fuels, in spite of the rising popularity (and availability) of electric vehicles. On 24th March, the government announced plans for a tenfold expansion in the number of EV charge points by 2030 (which equates to a promise of around 300,000 more charge points), but that is a distant and demoralising milestone, particularly in a country where EVs are thought to account for less than 12% of road-worthy vehicles.

In the wake of two years of lockdowns and periods of self-isolation, the British public face another unknown stretch of time where home often represents the only option. Compared with the struggle faced by the Ukrainians, that statement alone sounds almost trivial. Unfortunately, however, the growing pressure felt on the shoulders of so many households facing a rapidly decreasing standard of living means that staying at home no longer sounds like the comfort it once did…

The Fuel Crisis for Britons at Home

The past few years have seen a number of efforts – efforts from homeowners, from business owners, and from the government – to revolutionise the country’s dependence on fossil fuels and unrenewable energies. As the coronavirus crisis began to ease, we wrote optimistically about the potential for a green recovery – a chance for the economy and for the country’s energy sector to turn a fresh corner. Some changes have occurred since that time, but progress has largely been eclipsed – first, by the announcement of a national energy price cap rise for April 2022 – and, next, by the impending threat of Russia’s geopolitical warfare.

Fuel poverty is already a major issue. In 2020, 13.2% of households were thought to be suffering fuel poverty. Homeowners and tenants were (and still are) forced to choose between feeding themselves and heating their homes to a liveable condition. The number is expected to grow.

It is thought that the war between Russia and Ukraine could leave 8.5 million UK homes unable to afford to heat and power their homes. The number of disabled people affected by fuel property is anticipated to increase by more than 100%, with a rise from 900,000 to 2.1 million in 2022 alone.

This is all possible because of our ongoing reliance on fossil fuels. More than 40% of Europe’s energy comes from Russia – a seismic dependence on a leader who commits atrocities against countless innocent people.

Putin is in the position to weaponize them, and that is something we will feel profoundly in the coming weeks and months. What is keeping us from a total energy crisis? Oil and gas represented almost two thirds of Russian exports in 2019, and they face financial ruin if they cut ties with the European energy sector.

This is a reassurance for the average UK homeowner, but it isn’t a solution to mounting electricity bills – bills many of us were already struggling to pay. The energy crisis was already a major issue prior to Russia’s invasion of Ukraine but, now, it is threatening to reach breaking point; a further price cap increase will take place in October, and could raise annual household bills by another £900 (around 47% for the average household).

Will the War Accelerate Efforts for a Renewable Future?

At this point, it is too soon to say for sure, but there is hope that the war will offer yet another irrefutable argument in favour of climate reform. Ukraine’s tragedy and Russia’s geopolitical tensions comes in tandem with a long list of climate disasters – flooding in Australia and, in 2020, the first case of air pollution as an official cause of death in the UK (to name just two examples). Looking at the broader picture, it is hard to imagine the country turning its back on the benefits of a green recovery much longer.

Earlier this year, the COP26 summit did not incite as much hope from industry experts as it was expected to. Faith in a green future is on shaky ground, but the added pressure on world governments may be the catalyst we need. There is no future that is not improved by a green revolution, and by severing ties with the fossil fuels Russia largely controls, which means there is no solid argument against it.

Unfortunately, world governments are currently looking to tackle the threat as swiftly as possible, which is not necessarily leading them to clean or safe solutions. Germany, for instance, is planning to end its imports of oil and gas from Russia by the close of 2022, but it comes at a price. A return to coal, and to utilising the country’s once-retired coal plants, is clearly on the cards.

Work up and down the UK is ongoing to reach the countries decarbonisation targets, which are for all electricity supply to be from clean sources by 2035 and for greenhouse-gas emissions to be net-zero by 2050. The UK’s response to the reliance on Russian gas and oil has been mixed. Firstly, it’s reported that six new North Sea drilling sites are to be approved to drastically increase the oil output, despite the significant amount of resulting CO2 emissions. Secondly, the government wants to suddenly increase solar, offshore wind, onshore wind, and nuclear power in an attempt to reduce our reliance on Russian or our own oil and gas, as well as reduce the living costs which we will see rise soon.

From a military standpoint, having a decentralised network of renewable energy sources are much harder to bomb and disable than centralised drilling sites and nuclear power plants.

What Can We Do?

The wider impacts of Russia’s decision to invade Ukraine are devastating and, unfortunately, there is very little any of us can do to ease the situation.

From an environmental standpoint, the potential short- and long-term impacts make the current climate crisis – something that was already an unprecedented threat to global health and wellbeing – significantly more pressing. The world’s efforts to embrace a greener future, and to end their reliance on fossil fuels, were always painfully slow to those of us who understood the need – now, that slowness has revealed an entirely new burden that all of us have to bear. The average UK homeowner has little power here and can only continue to place pressure on local councils, and the government itself, to embrace change faster than ever before.

Many of us are facing hard times. For those with the means, investing in renewable energy solutions to power your home is one of the best ways to decrease your own, personal reliance on politically and environmentally harmful fuels. Reports have proven that solar PV and wind represent the two most powerful technologies this country has if it is ever to embrace a greener and sustainable future. If possible, you can also find out how to donate to a local food bank to help those facing fuel poverty this spring.

Finally, however, we can continue to show our support the immediate victims of this senseless war. Atlantic Renewables feels great sympathy for the Ukrainian people, and hope that Russia’s invasion can be brought to a swift end. This is a devastating time for the subjects of freedom and democracy, but also for the individuals, and for families longing for the moment when they can finally return home.

The past few years have seen a number of unprecedented tragedies shake the world as we know it, but there remains plenty of hope for the future – and, still, the guarantee that positive and permanent changes are a distinct possibility, in spite of how things are right now.