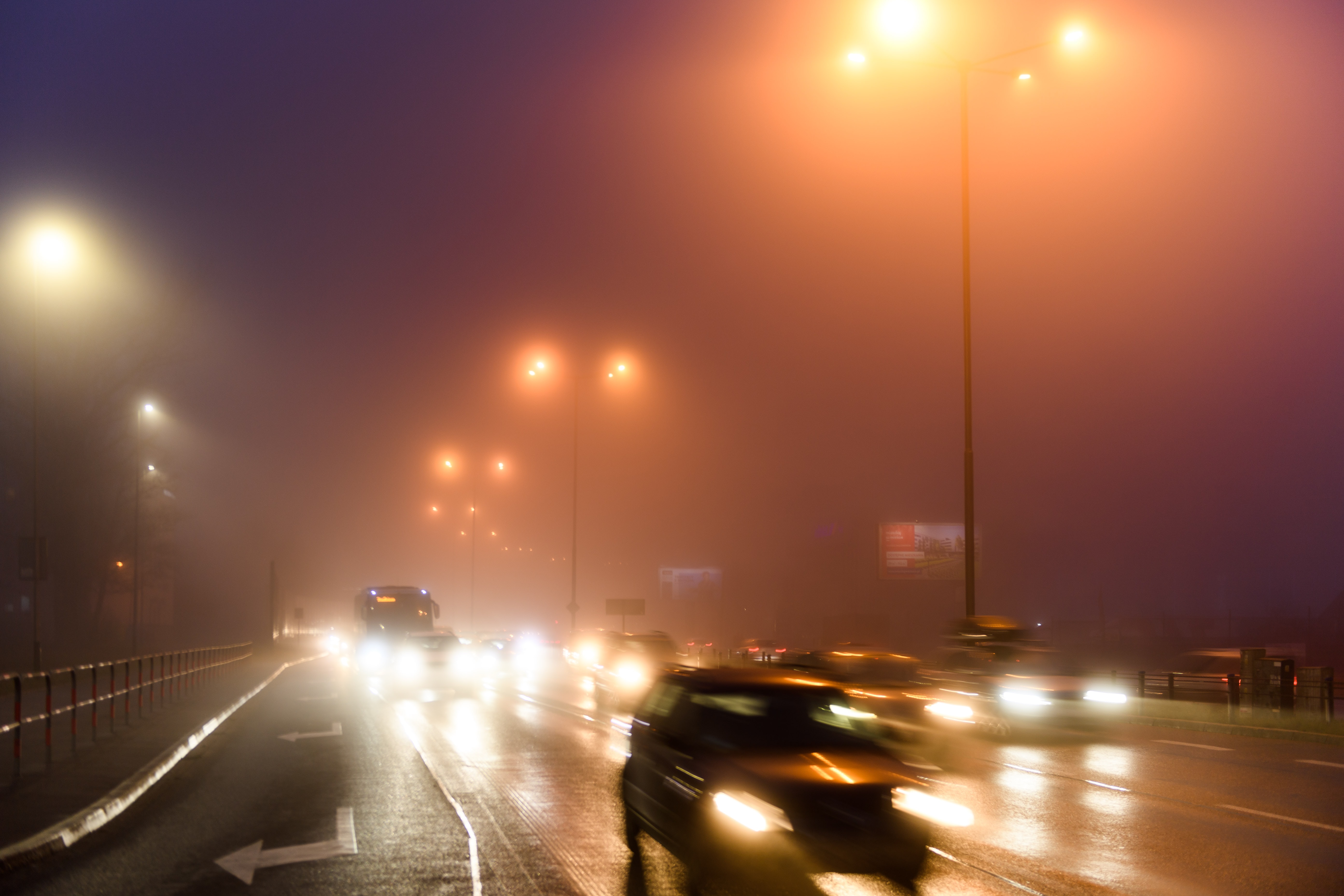 For the most part, the concept of air pollution remains abstract. Even now, as levels are reaching higher than ever before, and attempts at raising awareness are growing more aggressive, it is easy for many of us, particularly in the UK, to ‘forget’ about the issue unless the statistics are placed directly under our noses.

Without the dense smog or respiratory conditions that afflict those living in the very epicentres of pollution – the industrialised cities and regions still largely contained in the East – it is all too easy to believe that we are, and will remain, unaffected by this phenomenon.

For this reason, it remains jarring when we encounter tangible proof of the impact air pollution is able to have on our lives – and all the more so when we consider that these instances of substantiation are only going to grow more common as time goes on.

In December 2020, seven years after her passing, 9-year old Ella Adoo-Kissi-Debrah became the first British person whose death has been officially attributed to ‘air pollution’ by a coroner. What this means for the country is that the tragic circumstances of her death are now interwoven with a global concern which is, evidently, not being addressed with the speed and cogency it demands.

In simpler terms, it means that an untold number of deaths are being caused by the preventable consequences of modern life. While the coroner’s ruling over Ella Adoo-Kissi-Debrah’s cause of death made headlines, there are countless cases similar to hers that have not; her death is not a signal that air pollution has now surpassed safe levels, but a signal that we did not notice it happening years ago.

What is Meant by ‘Air Pollution’?

Air pollution is, at a basic level, an umbrella term for any instance of reduced air quality due to the release of particulate matter and greenhouse gasses into the atmosphere. For this reason, a certain base level of air pollution is unavoidable – and will be more severe in areas more prone to, say, forest fires. As such, modern life and human activity are not wholly responsible for low air quality, but a long list of factors to which we contribute each day are working to raise levels beyond what is viable for our own health and wellbeing.

Some of the most dangerous pollutants now reaching critical levels in our atmosphere include nitrogen dioxide (NO2), carbon monoxide (CO), and particulate matter (PM), which refers to microscopically small pieces of solids or liquids that enter into the air and, in turn, our lungs.

In London, where Ella Adoo-Kissi-Debrah lived, it is thought that high levels of nitrogen dioxide and particulate matter were largely responsible for her death. These pollutants exacerbated her asthma to a critical extent, as they do so many others. Both continuously pumped into our atmosphere by cars, lorries, trucks and motorcycles, and areas that see high levels of traffic render inhabitants highly vulnerable to the severe side effects of pollution.

What is Understood About Air Pollution and Human Health?

Considering the fact that the first instance of ‘air pollution’ appearing as a cause of death on a British death certificate occurred only at the tail end of 2020, it would seem that there remains some collective cognitive dissonance surrounding the relationship between air pollution and human health and wellbeing. On the one hand, global statistics and medical knowledge make crystal clear the impact the air is having on our bodies and, on the other, it seems as though we are reticent to acknowledge the price our population alone is paying for pollution.

What we do know is incredibly worrying – particularly in light of the continued ignorance surrounding it, and the government’s reluctance to officially recognise it as a cause of death.

For instance, where ambient air pollution is high, so too is the exacerbation of respiratory diseases and a wide range of symptoms ranging from lung damage and fatigue to a potentially elevated risk of developing cancer. Take, for instance, asthma, which effects around 12% of the UK population; Ella Adoo-Kissi-Debrah’s offers a terrifying glimpse of the rapid toll ambient air can have on an individual who suffers from this condition, even when they are receiving medical attention for it.

But we needn’t be classed as medically vulnerable to feel the impacts of air pollution. The World Health Organisation (WHO) estimates that around 4.2 million deaths are caused each and every year by ambient air pollution – far more, even, than the number caused by SARS-CoV-2 between now and January 2020.

What’s more, the WHO estimates that in excess of 90% of the population now lives in areas where ambient air pollution levels surpass safety guidelines, meaning that air pollution is – and should be considered – the most pressing health concern of modern life.

In reality, however, we have only just reached a point at which medical professionals have the ability to officially recognise air pollution as a cause of death, which means that we are many years behind where we should be in terms of progress. From here, we require a wide-reaching and

How Can We Move Beyond the Threat of Ambient Air Pollution?

It is clear that any sustainable practice seeking to replace one that is unsustainable must not force us to make significant sacrifices. Banning all forms of vehicular travel tomorrow would cause an unprecedented dip in air pollution, but it would derail life-as-we-know-it within hours. In other words, the only way to ensure permanent and widespread change is to strike that balance between what supports the planet, and what supports the rapid progress of modern life.

There is no singular solution to the issue; rather, we need to look at all areas of life in order to ensure that we are mitigating the problem from every angle in a way that is manageable.

Of course, the most obvious solution to ambient air pollution is to work toward ensuring that electric vehicles (EVs) begin to outnumber traditional combustion-engine vehicles on the roads. EVs offer an ideal replacement, as a gradual transition to emissions-free travel will cause no interruption to modern life.

How Can Solar Power Help?

Of course, a mass increase in our dependence on electricity for charging will have its own consequences for our carbon footprint, which is where the need to introduce a number of positive factors in conjunction with one another comes into play.

As we increase the ratio of carbon neutral vehicles to carbon-emitting vehicles, any effective plan will also focus on boosting our capabilities for solar EV charging, which enables the day-to-day running of an EV to leave no mark on the environment, or our health.

Without a sustainable solution for EV charging, replacing combustion engines with rechargeable batteries will maintain a dependence on fossil fuels, unhealthy practices, and an unsustainable norm which will continue to wreak havoc on the planet, and its inhabitants. With one, however, we can transform one of the most detrimental and unviable areas of modern life into a practice which is able to lead the way into a healthier and safer future.

In a bid to ensure that the country is moving steadily toward its target for net zero emissions by 2050, the government is now offering grants to all homeowners seeking to install an EV charging point within their homes. Similarly, grants of up to £3,500 for fully electric cars remain available to buyers as a further incentive for moving away from fossil fuels.

Commercial solar charging points are also eligible for government assistance, ensuring that businesses are better able to prepare themselves for considerable change over the next few years, and that those considering purchasing an EV are not deterred by potential difficulties in finding opportunities to recharge.

Will it Make a Difference?

As it stands, it is estimated that road transport is responsible for around 22% of the UK’s overall emissions – and, from cases such as Ella Adoo-Kissi-Debrah’s, we can no longer remain ignorant of the toll high traffic areas are taking on our health.

This means that, whether we suffer from a lung condition or not – and whether or not we experience any of the common side effects of over-exposure to ambient air pollutants – it is a current fact of life that roads and high-traffic areas represent one of the most untenable aspects of modern life.

Taking a strong and comprehensive approach to cleaning up every aspect of road travel will prove to be one of the most valuable and sustainable changes this country can make in order to ensure that thousands of people are not dying needlessly each year. As the year 2020 proved like no other, there is nothing so valuable as clean and breathable air, and embracing those technologies which make it possible is one of the best ways of ensuring that we remain safe and well in the years to come.