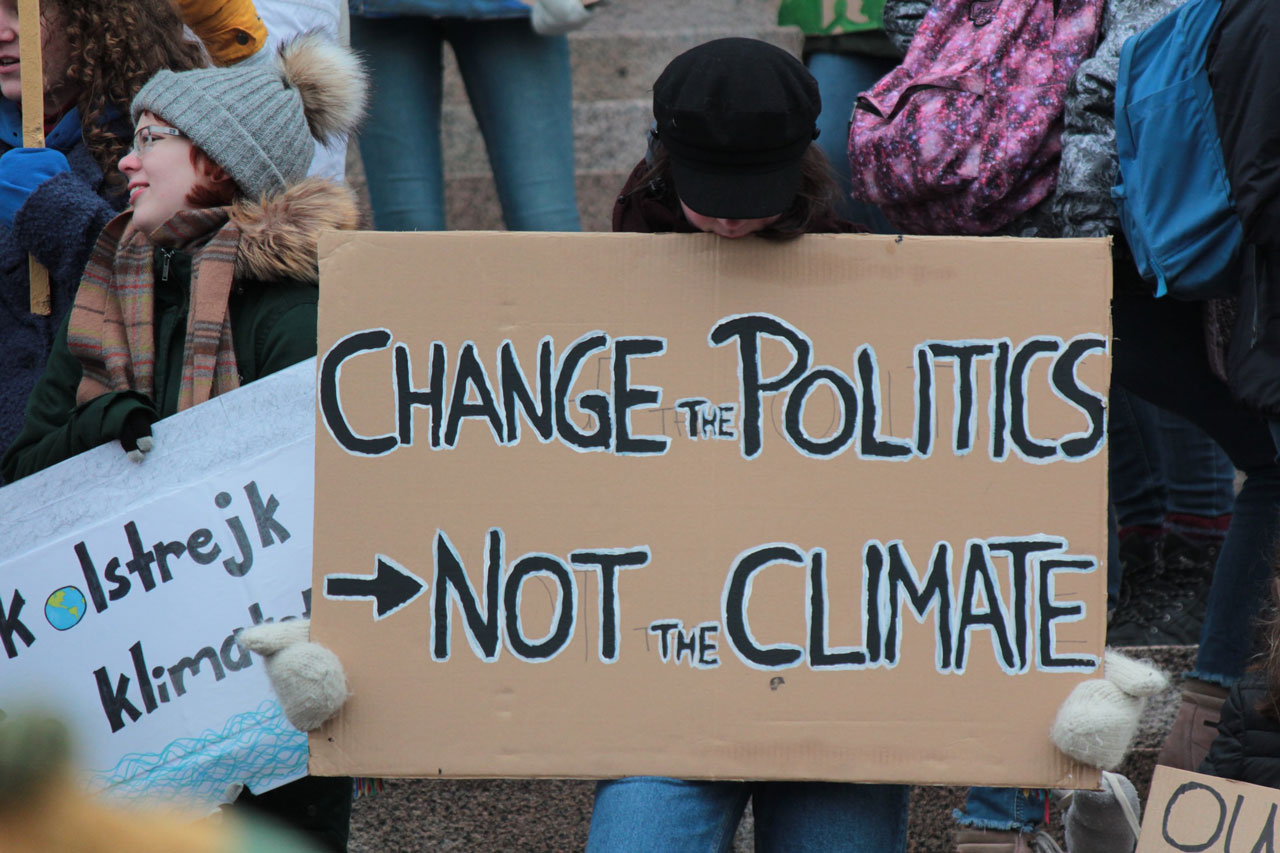 Calls for action are reaching a boiling point. COP26 aside, the closing months of 2021 – and of one momentously taxing period for the global population – have brought a renewed sense of urgency to the table, and an undeniable sense that the final curtain is preparing to draw itself across our hope for a healthier, safer future.

Nothing, of course, has been set in stone just yet. Many of us around the world are pushing the curtain back, while the stage remains lit for the world’s leaders to finally action plans that have been teased for many years – if not decades – already.

COP26 is currently underway following the year-long delay caused by Covid-29. World leaders representing every country that signed the United Nations Framework Convention on Climate Change back in 1994, and the Paris Agreement in 2015.

Lasting between 31st October and 12th November, the decisions made at this event will have more bearing on our collective future than any other. The time for rhetoric and promises for some distant future – if there ever was one – has passed, and, unless the events of the summit can be translated into action, the world will be a darker place following its completion.

We Are Already in Trouble

Whether true or not, the narrative of so many events geared toward climate activism and sustainability in the recent past has been one of safeguarding the future – of protecting against ‘potentials’ and ‘strong possibilities’.

The lead up to COP26 has been far more sobering. Sir David Attenborough affirmed the general mood of fear and anxiety in his speech, which opened the summit, stating that, ‘We are already in trouble. The stability we all depend on is breaking.’

That is, perhaps, the most important part of any narrative for this event. It is not another in a long line of panels created to discuss some remote possibility – it is an urgent meeting of the leaders of countries that are already suffering from the effects of a current global crisis.

Given the fact that the Paris Agreement, which, at the time, promised to rewrite the unfolding history of humanity and climate, was signed six years ago, the fact that world leaders have reached this late hour with regards to global warming creates a sense of disappointment that is difficult to put into words.

And, despite some positive reports, the general mood surrounding the summit is a little more muted than it has been in the past. We are all keenly aware of the desperation of the current state of affairs, but also of the broken promises that led to this moment in time.

Deforestation is Now (Possibly) On Track to End by 2030

A total of 110 world leaders, including President of Brazil Jair Bolsonaro, where the destruction of the Amazon rainforest has devastated a fragile and significant ecosystem. Collectively, their commitment to ending deforestation represents around 85% of the world’s forests so, if promises are actioned, the world could be a significantly greener and healthier place in eight years’ time than it is now.

Of course, this is not the first time expectations for the world’s forests have been high. Past promises have been cast aside for the short term benefit – if one can call it that – of cutting back the edges of ecologically diverse forests.

And stopping the wheels of deforestation is only half the story – if that. Investment needs to be made into restoration. Switching off mulchers and stump grinders and waiting for the smog of petrol fumes and dust to clear the air is not sufficient to restoring an entire ecosystem; unprecedented efforts need to be made to replant, to continuously protect, and to help vulnerable and remote communities whose homes have been ravaged for decades.

And it’s a Similar Story for Coal

The burning of coal to produce fuel is one of the most harmful practices humans have ever devised – and one that has emitted devastating levels of carbon dioxide into our fragile atmosphere since the turn of the industrial revolution.

Not only that, but it remains a key resource for major economies around the world to this day, in spite of the fact that we have been aware of the devastating consequences for its use for generations.

Coal’s use around the world is so significant that putting a stop to it entirely cannot be covered by a single pledge. So far, 40 countries have pledges to end investment into new coal power generation, to phase-out coal power between the 2030s and 2040s – earlier for economically developed countries, and later for those with poorer economies.

India, China, and the US are among some of the largest nations that declined to make this pledge – devastating news, given the sheer number of metric tons of CO2 that could be avoided if these nations elected to sever their ties with the coal industry.

However, there is positive news. South Africa has accepted a deal worth £6.2 billion to end their reliance on coal. President Ramaphosa has since stated that this stands as, ‘[…] Proof that we can take ambitious climate action while increasing our energy security, creating jobs, and harnessing new opportunities for investment, with support from developed economies.’

‘Greenwashing’ May be Washed Away…

And, to avoid these companies putting out idealistic buzzwords rather than actionable plans, these documents will need to meet a stringent list of targets that are still to be decided by a panel of experts.

This should help to work toward a future where corporate giants cannot ‘greenwash’ their practices in order to cater to a more environmentally conscious customer-base. By embracing sustainability with open arms, and investing into their own renewable alternatives like commercial solar installations and regenerative farming, the world’s most damaging corporations can eventually come to represent pioneers of a cleaner and happier future.

Turning this new corner, however, does not mean that we can start to view the UK’s corporate powerhouses as ‘guiding lights’ for the next few years. There will, after all, be a lot for them to gain by exploiting loopholes in new agreements and pledges.

‘Carbon off-setting’ is a phrase that has not been brought up all that often during discourse on climate change, but it is one that could significantly hamper the main intention of the Paris Agreement, and numerous targets for net-zero carbon emissions.

Put simply, carbon off-setting is the process of compensating for carbon-dirty industries and projects by also planting trees, for instance. The status off-set schemes hold in the Paris Agreement – and, for that matter, the future of the planet – remains unclear, and COP26 represents a decisive moment for this subject.

It is already clear to most of us that carbon off-setting would make for a rather pointless priority post-COP25, but it represents a rosy opportunity to greenwashing for many of the world’s largest and most destructive companies. The use of ‘carbon credits’ generated through off-setting projects could create a thriving economy, but at the cost of true progress.

Can Real Change Come From This?

Yes, but the spectacle of this event can’t be confused with transformation itself. Politicians will leave the summit and fly back to their home nations with a renewed passion for change. Many influential people will resume normal life with their hearts in the right place but, as we all know, this is not enough.

No doubt the same level of optimism and parental concern for the planet was felt at the signing of the Paris Agreement in 2015, or the United Nations Framework in the mid-nineties. It is very easy to feel a true concern for the planet, simply because the current state of the planet demands our concern, but it is harder to continue prioritizing it above the easy profits offered by established methods.

The hesitancy and prevarication of politicians – not to mention the clearly vested interests of a number of other influential people in attendance at COP26 – automatically casts a grim and threatening cloud over any optimism we might have felt toward the summit. Nevertheless, there will be positive outcomes – transformative solutions instated here – and before the final address is made we have every reason to believe that this period of two weeks in the autumn of 2021 will represent a pivotal moment for mankind, the likes of which we may have never seen before.

As Sir David Attenborough stated in his opening address, ‘The generation to come will look at this conference and consider one thing: did that number stop rising and start to drop as a result of commitments made here? There's every reason to believe that of the answer can be yes.’