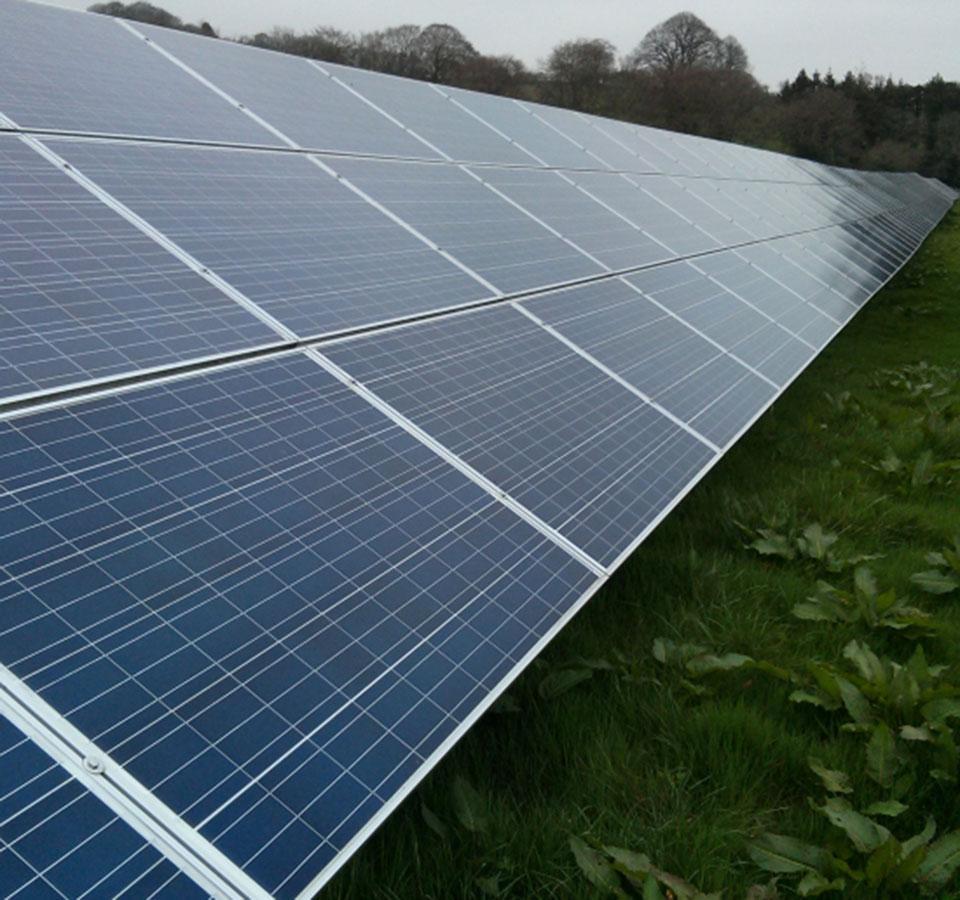 This blog discusses the implications of the UK reaching 5GW, and explains why few will be hoisting any bunting to celebrate what ought to be at least worthy of a group hug.

During a talk in London last year, someone in the audience stood up and asked me: 3GW in the UK – how did that happen?

Let’s look at the crux of the five-bullet answer given at the time that went along the lines of:

Lastly on the ‘how’ theme, it is worth spelling out for the records that data released from DECC each month has a time lag that arises mainly from the existing RO, ROO-FIT and NIROC accreditation processes. This is clearly highlighted by DECC every month. Government PV capacity figures will likely reflect the actual 5GW figure of today, in about six months.

As someone who lives in the UK close to the 56th parallel north, you don’t need a colour-coded thermal map to tell you that it gets warm in St. Austell in July. So, at first glance, the fact that the South West is the leading region for solar capacity in the UK may not come as a surprise.

But, sunlight is only one of the reasons for PV success. A plethora of other factors complete the box-ticking.

Grid-connectivity, town-hall leanings, council persuasion, land-availability, and the very-organised professionalism and efficacy of developers/installers to square the circle – they all add to the geographic segmentation of UK solar PV and what makes Cornwall, for example, a hot PV zone.

For these and many other reasons, the south west is the clear leader for solar megawatts installed in the UK today with just under one-third of the 5GW stack. See Figure 2 below.

In fact, if you were partial to spend four hours taking the train from Chester to Hull, three-quarters of the UK’s 5GW solar PV capacity is located on your right-hand-side. That said, it’s a major feat in itself that as much as one-quarter of 5GW lies to the north of the tracks.

Figure 2: Almost a half of the UK’s solar PV capacity is located in the two most southern regions. Sources: NPD Solarbuzz UK Deal Tracker and European PV Markets Quarterly reports.

Aside from the answers that economists or environmental activists may wish to offer, the quick and easy answer to the ‘why’ question is incentives. Or more broadly speaking: incentivised vehicles subsidised from the Treasury within which solar technology was allowed to participate.

It is that simple. Without support from the Treasury, there would have been no solar PV industry in the UK. Furthermore, in a nod to the lobbying effectiveness of many UK solar PV advocates and the STA, interchanging incentives with lobbying in the above-cited premise is fully justified.

The ‘why’ question is best answered visually in the figure below that maps out the level of UK solar PV capacity deployed today against the range of funding mechanisms used by PV.

There is also a direct correlation between the funding vehicles and the type of solar PV installations in the UK: how many third-party financed 3-4kW residential systems are installed, how many large-scale 20MW solar farms are deployed, how many large commercial rooftops have been built, etc. This is spelled out in the figure below.

Figure 4: One-third of the 5GW solar PV capacity in the UK is located on domestic rooftops. Another third comes from solar farms that occupy a footprint of 25-100 acres. Sources: NPD Solarbuzz UK Deal Tracker and European PV Markets Quarterly reports.

The ‘what does it mean’ question is certainly the most pertinent today. It gets to the heart of the conundrum that exists within Whitehall and Westminster regarding the solar PV industry in the UK.

Embrace or Embattle? It is hard to see how this question could be more pertinent right now.

5GW should instil happiness and pride within UK solar proponents. But few will be sitting on a lion in Trafalgar Square displaying a placard saying ‘5GW of solar PV achieved in the UK’.

So, what’s the problem? Can you imagine the tweets-per-second count rate if solar PV in the US was powering more than 5% of US households?

The accolade is a double-edged sword. Tactically, for example, it does not help in making the case for increased grace period leniency after 31 March 2015, or keeping the sub-5MW ROC option on the table to 31 March 2017. Any grandfathered PV commitment has a long-term Treasury impact on the Levy Control Framework budget.

But let’s return to the ‘what does it mean’ issue and close out the blog in five-bullet point mode.

All said and done, the UK has now become only the sixth country to have 5GW of solar PV capacity installed. If – or when – the UK reaches 10GW, the synopsis is likely to be no less colourful.