An insight on renewable energy for farmers and landowners

More than 400 farmers and landowners from across the Midlands, North Wales and North West England have applied to participate in the Renewable Energy Exchange networking event, which is being staged on Thursday 6 February at Chester Racecourse.

An insight on renewable energy for farmers and landowners (2)

More than 400 farmers and landowners from across the Midlands, North Wales and North West England have applied to participate in the Renewable Energy Exchange networking event, which is being staged on Thursday 6 February at Chester Racecourse.

A new low in customer satisfaction with gas and electricity suppliers has revealed "the failings of a broken energy market", according to consumer group Which?

The possibility of a binding renewable energy target for the EU is back on the table at negotiations in Brussels.

PV Tech, Solar Power Portal’s sister site, understands that the current draft of the new 2030 centre piece of the bloc’s climate and energy policy calls for a target of either 27% or 30%. A 24% target, that would represent business as usual, has been ruled out.

The Solar Trade Association’s chief executive Paul Barwell believes that 2014 represents a ‘year of growth’ for solar in the UK.

Speaking to Solar Power Portal ahead of his regular speaking slot at this year’s Solar Energy UK roadshows, Barwell said: “2014 is a year for growth: this is a year where the UK is coming out of a recession and there is now an underlying confidence in the market. >

Over half a million new jobs over the next two decades could be at risk from the UK's opposition to new EU targets for green energy, according to a leaked official report from the European commission.

Ministers and their EU colleagues are on the cusp of a decision which could undermine our energy security, push up the cost of power and weaken efforts to tackle climate change.

As the deadline draws near for the government to decide whether or not to stick with European targets for renewable energy, the consequences of this government’s opposition to a binding goal for 2030 need to be spelled out.

Not enough is being done to encourage and help homeowners switch to more energy efficient and cheaper forms of heating, according to a new report released today.

Researchers at the Massachusetts Institute of Technology are seeking to increase the efficiency of solar cells by helping them take advantage of more of the sun’s rays.

MIT scientists are testing solar cells with a layer of carbon nanotubes that “make it possible to take advantage of wavelengths of light that ordinarily go to waste,” according to a statement yesterday from the Cambridge, Massachusetts-based university. 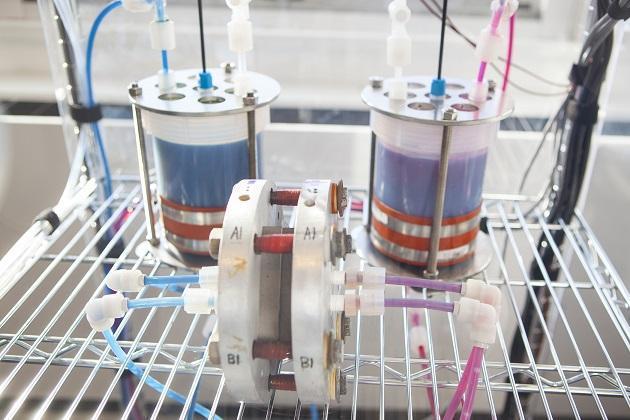 The Next Step In Heat Pump Technology

There’s good news for homeowners looking for more efficient and economical ways to heat and cool their home. The next generation in geothermal technology has arrived. These systems are designed to leverage underground thermal energy to provide ultra efficient heating and cooling of a home.

The committees on industry, research and energy, and environment, public health and food safety, today called on the European Council to agree a legally binding 2030 target for renewable energy in the EU.

Four million solar panels covering land the size of 3,400 football pitches should be built on government land and property including schools and prisons, a minister will announce.

Greg Barker, the energy minister, is expected to in the New Year disclose plans for one gigawatt of electricity generated by solar panels on the “government estate”.

2013 proved to be another tumultuous year for the solar industry in the UK, despite early optimism that the UK solar market had finally managed to secure a steady policy framework with sensible degressions, the EU anti-dumping investigation threw all this into disarray.

The solar power industry appears to have installed its 500,000th set of solar panels in the UK in recent days, in a move that marks a major milestone for the burgeoning sector.