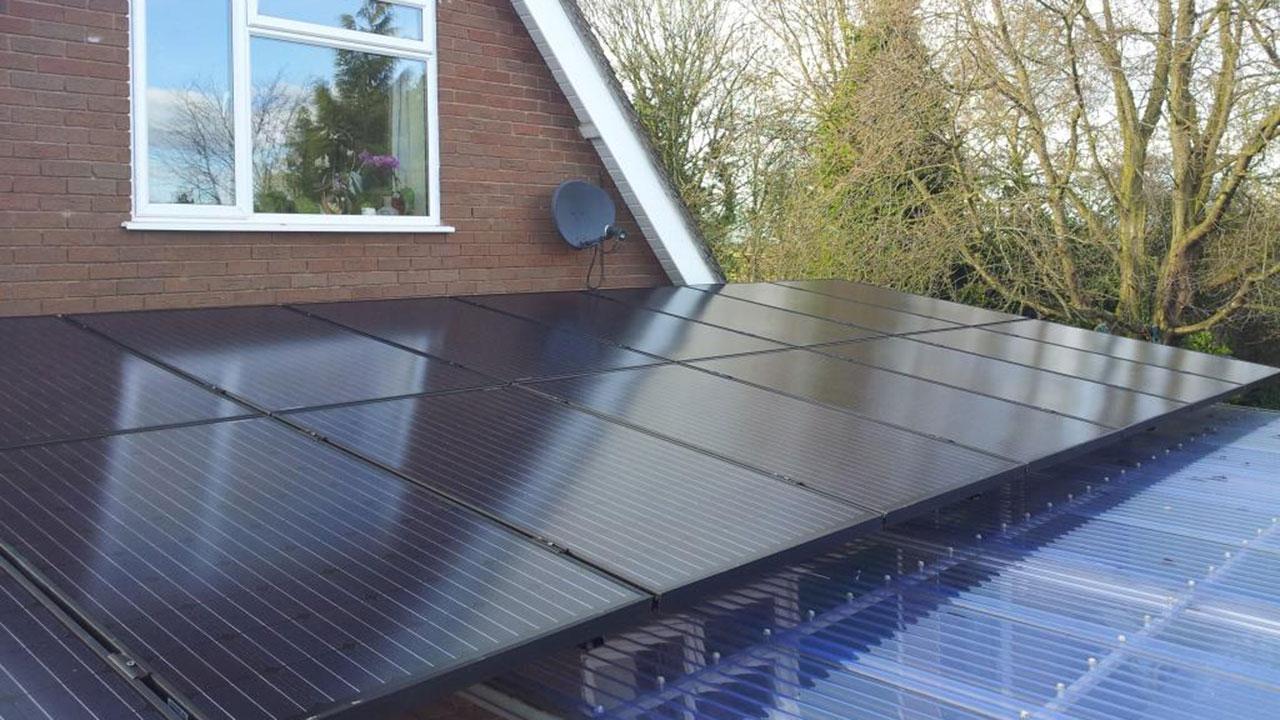 "We had site surveys and subsequent quotations from five different companies over two years before we discovered Atlantic Renewables. The key issue which stopped us going forward with the other installers was that they did not seem to want to listen to us about the kind of solution we were looking for, as the standard “off the peg” offering from each of these companies did not marry up with the kind of system we really wanted, and they weren’t prepared to put the necessary thought and effort into looking at alternative possibilities. What a refreshing change it was when we contacted Atlantic and had our first telephone conversation with Manager, Dean Flute. He not only listened very carefully to our requirements but, despite some initial reservations, was quite happy to drive down to Shrewsbury for a site visit to see if what we were proposing might be feasible. After a thorough survey, a second visit, plus some productive phone calls in between, we agreed on a system and method of installation which we were both happy with and, in the end, it also happened to be the cheapest quote of them all.

Atlantic Renewables were very flexible about the installation date, fitting it in around the preparatory work on the roof which we needed to sort out in advance and with a mindful eye on changes to feed-in tariffs. The installation team could not have been better, carrying out the work on the roof and within the house in a professional, courteous and considerate way. The whole job was completed within the day, including time to ensure we were quite happy with how the system worked and how we could monitor the output. Nothing was too much trouble.

The 4kW system has now been in place for several months and was generating up to 3.8kW within days of being commissioned. We have also now had our first FIT payment from our electricity company which was as good as we could have hoped for. The only issue we have had to date was with a piece of ancillary equipment which we had asked them to fit and which didn’t seem to be functioning correctly. Even though it was additional to the main system Dean immediately contacted the manufacturers and went to great lengths to ensure the issue was fully resolved as quickly as possible.

It has been so refreshing to deal with a company that is prepared to listen to its customers and to shape a solution to fit their customers’ needs rather than just selling a standard package to suit themselves. I cannot fault their professionalism at every stage, from initial phone enquiry right through to after-sales. Based on our experience with Atlantic Renewables, we have already passed their details on to friends who are considering going solar and we would not hesitate to recommend others to get a quote from them. If you do decide to give them a try we feel sure you will see why we were more than happy to pass on this testimonial to their excellent service"

If you are interested in having a similar installation, then why not call Atlantic Renewables on 0161 207 4044, or fill in our online quote form for a prompt reply and free, no-obligation quotation. 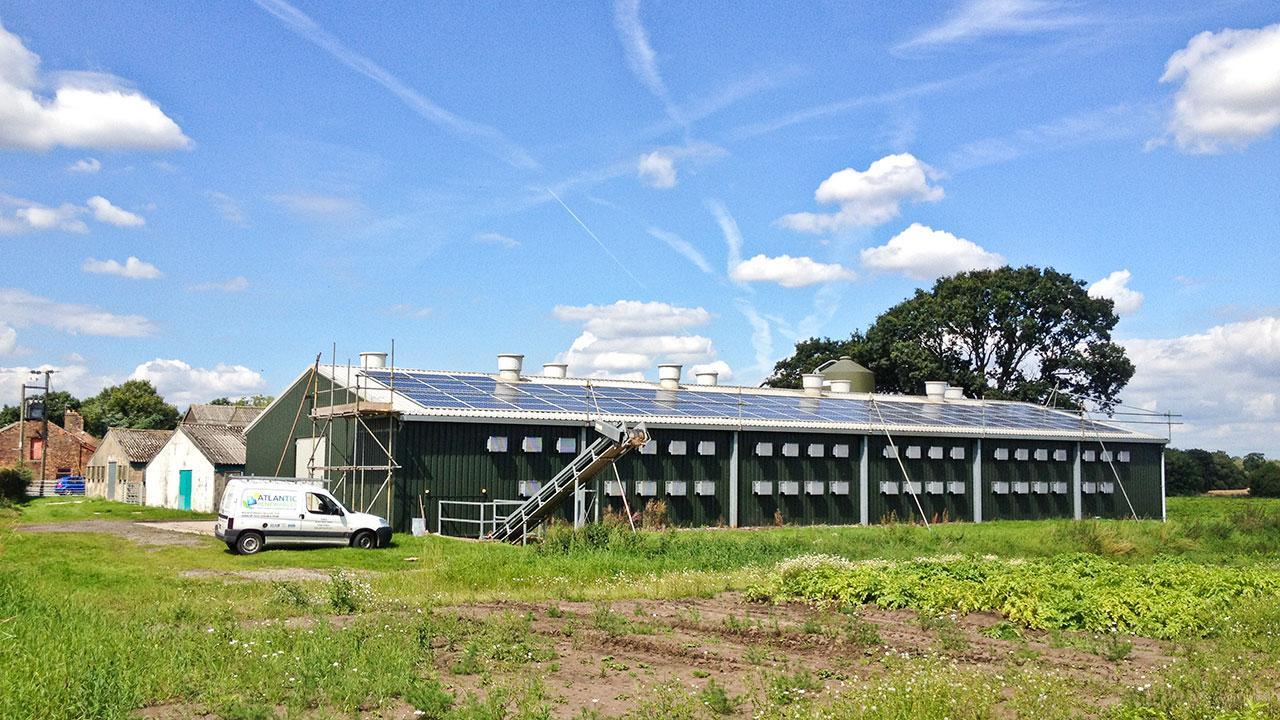 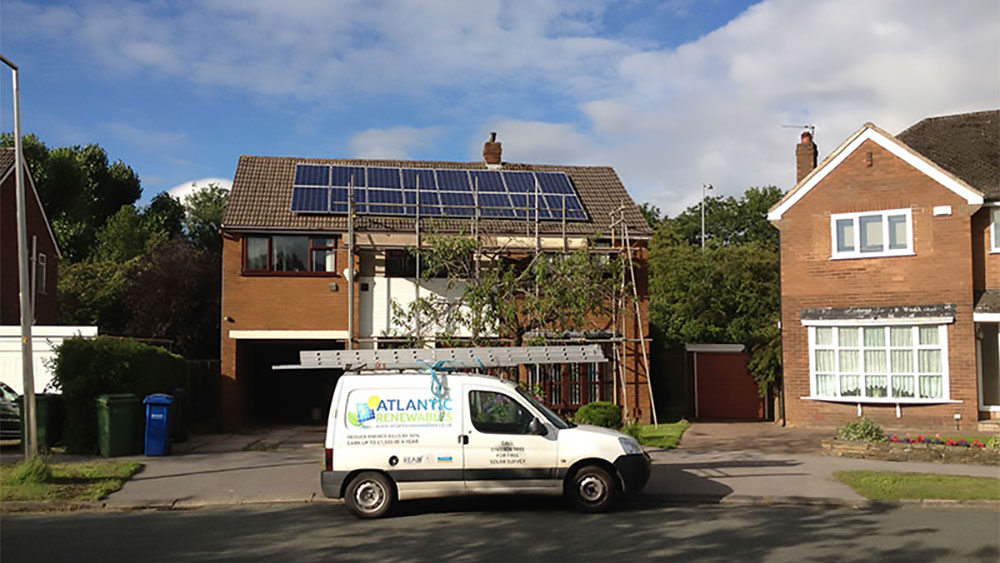 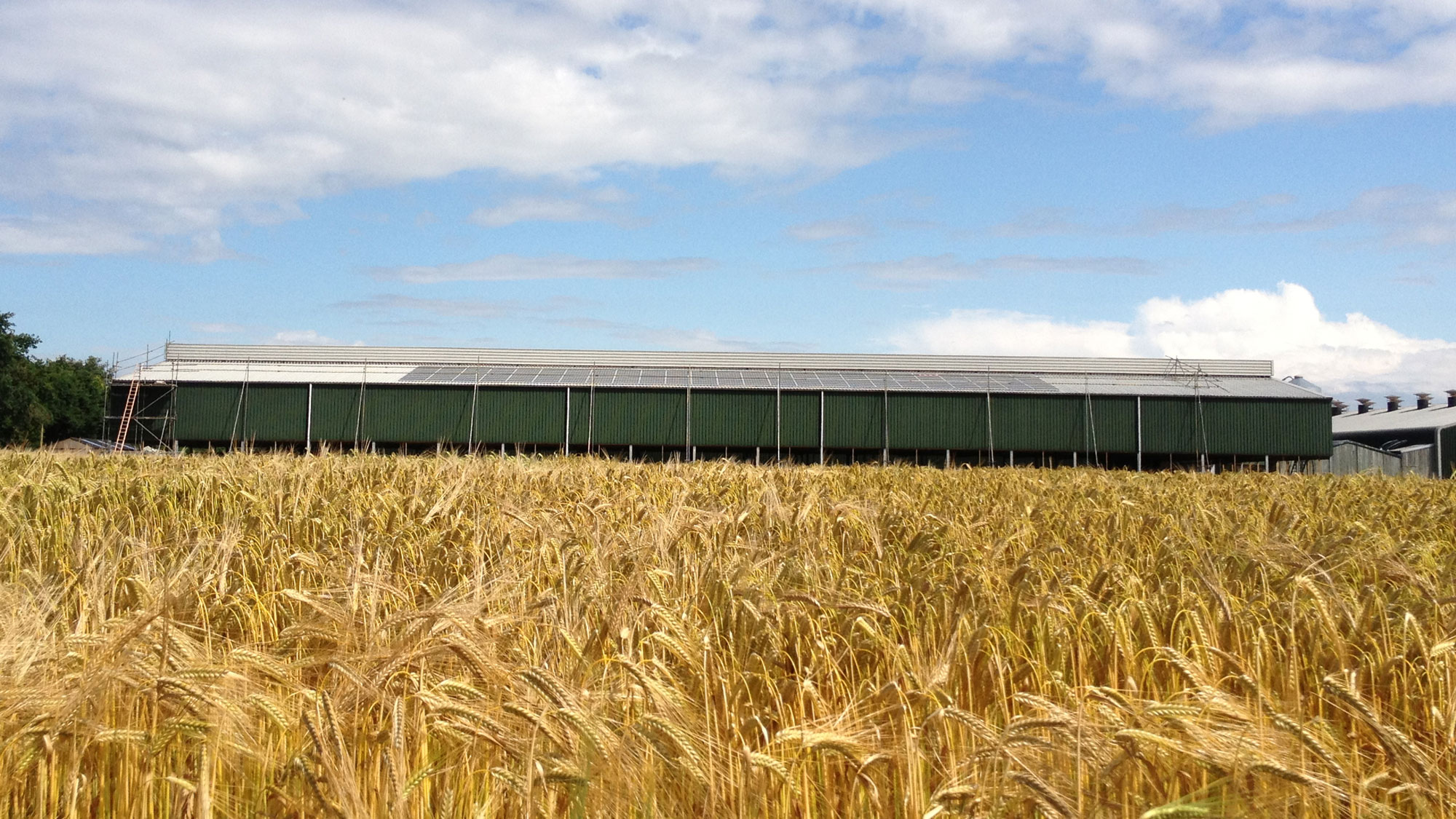